When people mention Post-Traumatic Stress Disorder, the image created in their heads is usually one associated with war. The old names for the syndrome were “shell shock,” or “combat fatigue,” calling to mind a soldier who has returned home after witnessing the traumatic events that always accompany the horrors of battle. Is it possible to have PTSD without having fought in wartime? The answer is, of course, yes.

When a person bears witness to a traumatic event such as a violent death, car crash, major accident or other disaster, the flashbacks to the memory can create the stress disorder and its accompanying symptoms. Increasingly, patients are diagnosed with the disorder following serious abuse, or other medical issues, including problematic childbirth.

Just because you experience trauma does not automatically mean you will develop the disorder, but in the United States it is estimated that one in eleven adults will experience PTSD in their lifetime, with about one in three developing the disorder after an acutely traumatic event. 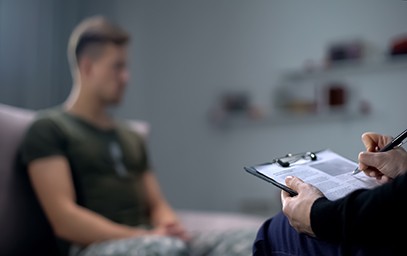 Other factors such as the acuteness of the trauma, the level of cortisol and adrenaline, the need for the patient’s psyche to have a defense mechanism, and more can affect the development of symptoms.

In order for a diagnosis of PTSD to be made, the individual must display symptoms for at least a month following either experiencing or witnessing the traumatic event or violence, have an emotional connection to someone else experiencing the trauma (such as the death, rape or abuse of a family member), or be repeatedly exposed to traumatic stimuli, such as first responders seeing the results of accidents or violence.

How do you know you have PTSD and not just a typical reaction to a traumatic event? What actually qualifies the patient as experiencing the disorder are the following:

If you are experiencing any of these symptoms after a traumatic event and the symptoms persist longer than a month or interfere with your enjoyment of life, relationships, job, or day-to-day function, it is important that you seek treatment to deal with the disorder rather than allowing the symptoms to persist and potentially worsen. Call us today for more information (813) 873-7777. 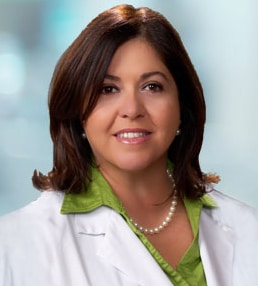 "I’m Dr. Neninger, my team and I are dedicated to helping you get out of pain and get back to feeling great again.