Post-Traumatic Stress Disorder (PTSD) is a disorder that can occur in people who have been through a traumatic event or experience.

After a person experiences a very traumatic event, the person's fight or flight response will become activated to help defend or protect themselves from the danger they are facing. This is the body’s natural response after a traumatic situation. Most people recover from the symptoms on their own. Others who continue to have symptoms may be diagnosed with Post-Traumatic Stress Disorder. 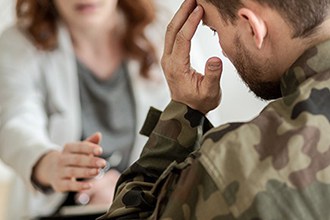 Patients affected with PTSD can have some debilitating symptoms which include:

The types of events that can cause Post-Traumatic Stress Disorder are certain types of assault or abuse, having been exposed to traumatic events or a serious accident, critical health problems, traumatic childbirth experiences, war, or anything of a similar nature.

It has been found that the sympathetic nervous system may play a role in the development of symptoms in patients who suffer from Post-Traumatic Stress Disorder. This part of the nervous system causes the body's fight or flight response to be activated resulting in an excess amount of norepinephrine to be produced. In turn, this causes the body’s fear center, called the amygdala, to be over-activated, resulting in a feeling of distress and anxiety. 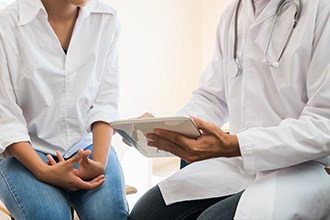 Stellate Ganglion Block or SGB, is a procedure available to relieve symptoms caused by PTSD by injecting an anesthetic agent into the stellate ganglion, which is a bundle of nerves located at the base of the neck.

During the SGB procedure, a qualified healthcare provider uses x-ray or ultrasound imaging to guide a needle into these nerves, providing a numbing medication. Relief provided by the procedure can last several weeks or more.

The SGB accomplishes this relief by rebooting the sympathetic nervous system resulting in the levels of norepinephrine being reduced and stopping the extra growth in the nerves. This low risk procedure is done under the assistance of x-ray or ultrasound technology.

Current evidence suggests that SGB injections could help treat certain symptoms of PTSD. These symptoms include anxiety, insomnia (the inability to sleep), flashbacks, and depression. SGB injections appear to calm the fight or flight response in people affected with PTSD. SGB injections have shown minimal side effects, and are fairly safe when given by a qualified

May I invite you to join us for a Complimentary Consultation? 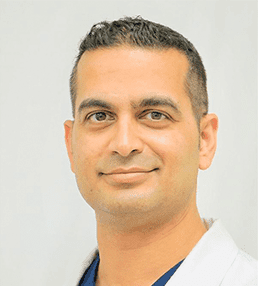 "I’m Dr. Padalia, my team and I are dedicated to helping you get out of pain and get back to feeling great again.